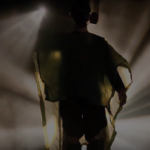 Niall lectures in Theatre Design and Performing Arts at Institute of Technology Sligo. He received his AHRC funded doctorate from the Brian Friel Centre for Theatre Research Queen’s University in Belfast.As a designer, Niall has worked extensively all over the UK and Ireland, as well as in the rest of Europe and the USA. He… Read more »

SJ began designing lighting in Dublin Youth Theatre, completing a BA in Drama and Theatre Studies 2006 (Trinity), and the Rough Magic Seeds3 programme 2006 – 2008.  From 2010 – 2017, she was co-artistic director of WillFredd Theatre. Lighting designs include Sure Look It, Fuck It (This Is Pop Baby), Close Quarters (Out of Joint/Sheffield Crucible), FRNKNSTN, Mr Foley the… Read more » 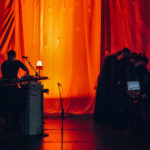 Peter Power is a Composer, Director and Sound Designer from Waterford based in Cork. His interests are in the collaborative creation of events using design-lead theatre, audio and music as a non-linear narrative source. His passion for this work stems from a want to pursue what cultural theorist and Architectural critic Charles Jencks called ‘extreme… Read more » 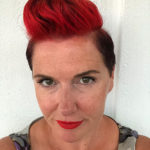 Jo is Director of Carlow Arts Festival which has a focus on site-specific, outdoor, street arts and circus. She is also Artistic Director of the company she co-founded The Performance Corporation. Current projects include directing the upcoming theatre/aerial dance show for Fidget Feet, as well as being Curator of the Ireland exhibition for the Prague… Read more »