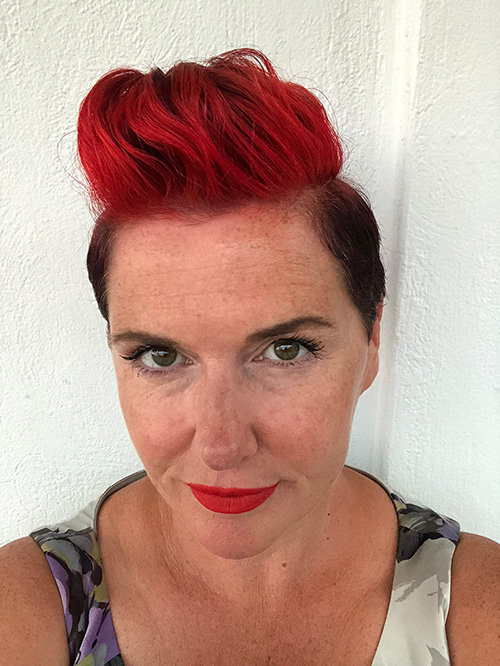 Jo is Director of Carlow Arts Festival which has a focus on site-specific, outdoor, street arts and circus. She is also Artistic Director of the company she co-founded The Performance Corporation.

Current projects include directing the upcoming theatre/aerial dance show for Fidget Feet, as well as being Curator of the Ireland exhibition for the Prague Quadrennial Design Exhibition through the creation of a Virtual Reality film.

Recent work of The Performance Corporation includes the creation of The SPACE Programme – Ireland’s longest running multi-disciplinary international artists residency. Recent work for the company includes performances presented as part of FUSE at the Vancouver Art Gallery, a national tour of The Dead – a New Opera based on the James Joyce short story, and with Boca del Lupo (Vancouver) Expedition in Dublin Theatre Festival.

In 2013 she founded and curated the BIG House Festival – Irelands first ever site-specific arts festival awarded the ERIC for Best Irish Festival 2013. She was Artistic Director of 2014 Bram Stoker Festival Dublin also winner of the ERIC for Best Irish Festival. Other work includes Creative Consultancy for organisations including the Abbey Theatre and National Museum, curating the Theatre Forum conference in 2015 and working as International Programmer for Limerick City of Culture, where the highlights of her programme included Royal de Luxe.

Her work has won plaudits and awards internationally and nationally including a number of IrishTimes Irish Theatre Awards comprising Best Director and Best Production nominations. In 2011/12 Jo was awarded the Jerome Hynes Clore Cultural Leadership Fellowship part of which saw herworking at the Barbican Arts Centre as well as the Irish Department of Arts. She has served on manyboards, including from 2015-18 as Chair of the National Campaign for the Arts.