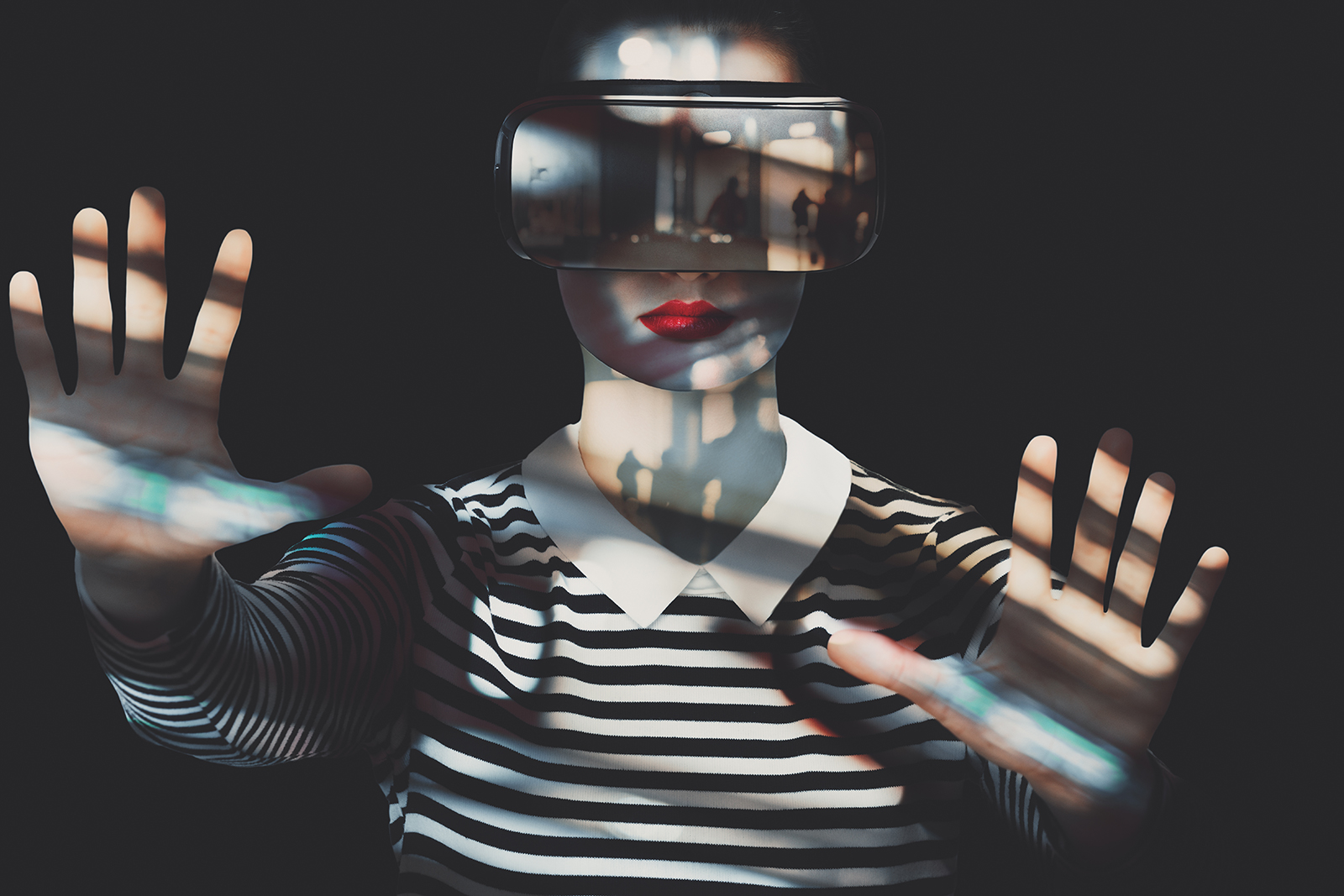 Design and Destroy: Ireland’s entry at the Prague Quadrennial

by Sarah Keating for The Irish Times

An expressionistic form-bending film, giving an insight into the process and product of stage design

From June 5th – 16th, the ISSSD (Irish Society of Stage and Screen Designers) will represent Ireland at Prague Quadrennial 2019 with ‘Design & Destroy: An Exploration of Irish Design through the Medium of Virtual Reality’. This project is funded by Culture Ireland and supported by The Arts Council.

Curator Jo Mangan has selected seven Stage and Screen Designers who will take part in the Exhibition of Design for Performance presented in Virtual Reality at Prague Quadrennial 2019:  Ciarán Bagnall, John Comiskey, Katie Davenport, Catherine Fay, Peter Power, Niall Rea and Sarah Jane Shiels. The international exhibition in Prague is the most important exhibition in the world that features the best of Performance Design, Scenography and Theatre Architecture.

The Virtual Reality (VR) film entitled ‘Design & Destroy’ is the centrepiece of the exhibition. Directed by Jo Mangan, filmed and edited by Jack Morrow/ RETìníZE, it includes both the process and the finished work of the selected artists, experienced through Oculus Go headsets.

In ‘Design & Destroy’, audiences are invited to enter a 360 world created by Curator Jo Mangan alongside the artists chosen to represent some of the best of Irish Design. Lighting, Costume, Set Design and Composition are represented in an all-encompassing world co-created with RETìníZE Immersive Media Studio. ‘Design & Destroy’ explores the work and snatches of the working life of designers from very different perspectives. Viewers meet some designers in their studios, experience the work of others presented on stage, delve into 360 animations of one, and witness the destruction of the work of another.

Established in 2017 the Irish Society of Stage and Screen Designers celebrates the work of designers living and working in Ireland in theatre, television and film production.  It is a professional organisation run by designers for designers.  ISSSD acts as a hub for information sharing and communication between these professionals in both a national and international forum as the principal representative body of stage and screen designers in Ireland. Stage and screen designers living and working in Ireland have consistently voiced the need for support from an organisation dedicated to their interests.  ISSSD now offers that support.

Presented by ISSSD (Irish Society of Stage and Screen Designers)

‘Design & Destroy: An Exploration of Irish Design through the Medium of Virtual Reality’

It has been a joy to have had the opportunity to explore the work of Irish stage and screen designers over the past 4 years through being invited to curate the Prague Quadrennial for Ireland this Summer. It is a challenge to represent design, and lighting design in particular, in a non- theatrical environment. This started me on the path to explore recent technological developments such as Mixed Reality, Augmented Reality and 6 Degrees of Movement technology as possible tools to assist in fully showcasing the designers’ work.

I was also keen not to have a large built structure that would be very resource heavy, especially as the theme I evolved for the Irish exhibition was Design and Destroy – highlighting the fact that most creations are destroyed at the end of their useful lives. I was also keen to explore the individual designers’ process in some way as part of the installation. The creation of a Virtual Reality film was the method settled on to allow us to do all of this through capturing design in 360 degrees and bringing all the disparate elements together in a format that will exist post the Prague Quadrennial. And nothing will end up in landfill.

Sarah Jane Sheils’ lighting design for Dublin Oldschool jumped out, as it was a massive feat to do what she did, and stylishly light an effectively empty stage. Sarah Jane found a way to be able to sculpt the air around the two performers to create mood after mood.

Catherine Fay’s work can be subtle or flamboyant, but it is always seamlessly connected to the work of the other designers, highlighting her deeply collaborative nature. She creates work for theatre, opera and dance, some of which was brought to life for the film by dancer Justine Cooper.

Peter Power is a man who is constantly pushing boundaries. Not just satisfied with being a hugely talented composer, he is also creating work in a visual arts context as well as theatrical and installation works. His compositions simply enthral.

Katie Davenport is a young and prolific talent on the Irish design scene. Her creation of an enormous eye was an arresting vision in the opera The Tales of Hoffmann. In the national exhibition in the National Opera House, Wexford organised by the Irish Society of Stage and Screen Designers, it glowered at the viewer from on high. In the VR film it will be an animated presence rendered in 3D – perfectly suited to this as well as the analogue medium.

John Commiskey is one of the most respected designers in Ireland. He has created set and lighting designs with all of the large production companies in the country. His response to the theme of Design & Destroy was perfectly irreverant – he presented charred images and designs from many of his works.

Niall Rea’s model box for The Belfast Tempest is immediately inviting. It draws the viewer in to a world in miniature where every small detail appears to open into another, like an Escher design. The perfection of the world he creates showcases his attention to detail and the virtuosity of his craft.

Presenting the work of Irish theatre designers at Prague Quadrennial 2019 is the culmination of a series of events staged by the Society including conferences, symposia and national exhibitions which have run over the last three years. The Society is particularly excited to see Irish design exhibited in a way which reflects the increasingly mutualised design spaces of screen and stage and reflects the ability and talents of our designers in ways which allow a deeper understanding of our work.

Jo is Director of Carlow Arts Festival and Artistic Director of the company she co-founded, The Performance Corporation. Current projects include directing the upcoming aerial dance show for Fidget Feet. Recent work includes performances presented at the Vancouver Art Gallery, a national tour of The Dead – a new Opera, and Expedition in Dublin Theatre Festival. Her work has won plaudits and awards internationally and nationally including a number of Irish Times Irish Theatre Awards comprising Best Director and Best Production nominations. In 2011/12 Jo was awarded the Jerome Hynes Clore Cultural Leadership Fellowship. She has served on many boards, including from 2015-18 as Chair of the National Campaign for the Arts.

Tríona is an Arts Management Consultant who has worked professionally in the performing arts for 20 years.  Current clients include Pan Pan Theatre, First Fortnight, Droichead Arts Centre, Carlow Arts Festival, Leanbh Children’s Festival and many individual theatre artists.  She was General Manager of Dublin Theatre Festival (2007 – 2018), General Manager and Producer at Barabbas Theatre Company (2002 – 2007) and Production Coordinator/Director of Daghdha Dance Company (1999 – 2002).  Tríona is also an artist – a singer/song-writer and story teller.  She has performed one woman shows in many contexts and looks forward to launching her debut album later this year.

Ciaran Bagnall is a professional Lighting and Set Designer with over twenty five years’ experience in Theatre Design. He is based in Belfast and is an associate artist with Prime Cut Productions.  He trained at the Royal Welsh College of Music and Drama in Cardiff and in 2018 he was made an honorary fellow of the College. His work has been seen at the Lyric Theatre Belfast, The MAC Belfast, Grand Opera House Belfast, Abbey Theatre Dublin, The Gate Dublin, RSC, National Theatre London, The Globe Theatre London, Young vic London, Bush Theatre and Lyric Theatre London. http://www.ciaranbagnalldesign.com

Katie Davenport is a Set and Costume Designer who graduated from the Institute of Art Design and Technology with first class honours (2014).  She worked as associate designer at the Lyric Theatre, The Abbey Theatre, Galway International Arts Festival, Gaiety Theatre and was Designer-In-Residence at The Gate in 2017.  Katie has designed for directors Selina Cartmell, Oonagh Murphy, Ronan Phelan, Lynne Parker, Tom Creed, Ben Barnes and Graham McLaren.  She represented Ireland at Evolving Design for Performance, an exhibition of European Theatre Design (Beijing NCPA 2016). She is currently designing shows for Irish National Opera 2019 season.  www.katiedavenportdesign.com

Catherine Fay designs for theatre, dance and opera.  She loves the process of finding a design to fit the vision of the work.  Every production allows an opportunity to explore something new in collaboration with other artists. This is hugely appealing in designing costumes for the stage. Recent works are Orfeo ed Euridci (Irish National Opera & United Fall) Näher….closer, nearer, sooner (Liz Roche Company) The Plough and the Stars (The Abbey Theatre / Lyric Hammersmith) The Return of Ulysses (Opera Collective Ireland) and Girlsong (United Fall).

Peter Power is a Composer, Director and Sound Designer who works in theatre, events and film.  He holds a BSC in Biochemistry and an MA in Composition. His interests are in collaborative creation using music as non-linear narrative. He is Artistic Director of Sparsile Collective and Director of multi-genre audio duo Eat My Noise. Peter is Artist-In-Residence in the National Sculpture Factory.  He received a Music Bursary in 2017 and a Project Award in 2018 from the Arts Council of Ireland. Recent work includes The Same by Enda Walsh, In Clouds by Sparsile Collective, and ProdiJIG by Cork Opera House.

Niall Rea received his doctorate from the Brian Friel Centre for Theatre Research at Queen’s University, Belfast. As a designer, Niall has worked extensively all over the UK and Ireland, as well as in the Netherlands and in the USA, working as set, costume and lighting designer on over one hundred theatre, opera and dance productions. He is artistic director of Ireland’s first publicly funded queer theatre company TheatreofplucK. He has published in academic volumes on queer theory and Northern Irish identity. He is a lecturer in Theatre Design at the Institute of Technology, Sligo.

Sarah Jane Shiels began designing lights in Dublin Youth Theatre in 1995, completing a BA in Drama and Theatre Studies at Trinity College Dublin (2006), and the Rough Magic Seeds programme 2006 – 2008.  From 2010 – 2017, she was Co-Artistic Director of WillFredd Theatre who specialised in stories of space, place and interest.  Based in Ireland, she regularly works with theatre companies such as Theatre Lovett, Junk Ensemble, Prime Cut, The Abbey Theatre, Project Arts Centre, Brokentalkers and Rough Magic.  She has dabbled in other design disciplines, only to discover that lighting is the medium she loves.