WINE SPILLS as part of SkĒNOGRAPHIA

We are delighted to announce our first WINE SPILLS gathering as part of SkĒNOGRAPHIA.

After our first COFFEE SPILLS gathering in September at Irish Theatre Institute, we thought that ahead of the festive season it would be great to gather together again in a merrier fashion!

COFFEE SPILLS & WINE SPILLS are part of our original idea for SkĒNOGRAPHIA, before the world took a turn in 2020 and we had to adapt, so we focused on the online masterclasses.

We are delighted to be able to go back to our initial aim to create a space for performance designers to gather together in an informal setting.

Looking forward to seeing you there!

Date: Wednesday 23rd November from 5pm to 9pm at The Dean Art Studios.

Join us at your best convenience!

Ireland at PQ 2023
The Next Four Years: speculative retrospective

The Irish Society of Stage and Screen Designers (ISSSD) is delighted to announce the appointment of Tom Creed as Curator and Maura O’Keeffe with Once Off Productions as Creative Producer for the Irish presentation at PQ 2023 and the subsequent National Tour, with their proposal entitled The Next Four Years.

The Next Four Years will be a speculative retrospective of Irish performance design and scenography in the years 2023-2027, which challenges the designers of today to imagine the theatre of tomorrow. Rather than presenting the past, it will deploy new approaches to design to speak to the PQ 2023 theme of RARE, which asks “what the world and theatre could look like in the post-pandemic future” and calls on designers “to imagine, visualize, and even create rare visions of the future”.

If performance design and scenography could offer a vision for Irish theatre after the pandemic, what might a retrospective of the next four years look like? What new shapes, spaces, aesthetics, materials, formats, structures, hierarchies might we look back on? How might an exhibition of design change the system rather than just revisiting it?

ISSSD and the Once Off Productions team now invite performance designers from all disciplines, including set, costume, lighting, sound, video, hair, make-up, puppetry, special effects etc to respond to the question: what could the next four years of performance design look like? Submissions should be in the form of a short biography of up to 200 words as well as any of the following: a short text of up to 200 words, a short audio or video clip of up to two minutes, and/or 1-3 still images in any medium. Irish and Irish-based designers, as well as designers with a demonstrable track record of working in Ireland, are all eligible to apply.

Please send your submissions to PQ@onceoffproductions.com by 5pm on September 30th 2022.

Following the open call, a number of designers will be invited to contribute directly to creating the presentation at PQ 2023, with a wider selection of submissions incorporated into the exhibition presentation and publication. A series of workshops and discussions will also take place over the coming months to create a space for the Irish performance design community to explore the topic and inform the final presentation.

An online briefing will take place via Zoom on 19th September at 6pm, register here. Curator Tom Creed will also attend COFFEE SPILLS at the Irish Theatre Institute on 21st September and will be available to discuss the project and process.

The Irish presentation at PQ 2023 and the subsequent National Tour are funded by the Arts Council Ireland Arts Grant Funding Award.

Tom Creed is one of Ireland’s leading opera and theatre directors, with a particular focus on new plays and operas by emerging and established writers and composers. His productions have been seen at all the major Irish theatres and festivals, and internationally in over 30 cities on three continents, including the Opéra National de Paris, the Edinburgh, Melbourne and Perth International Festivals, the Barbican Centre in London, and BAM, the Public Theater, the Irish Arts Center and PS122 in New York.

Recent work includes Donizetti’s opera Maria Stuarda with Irish National Opera, the world premiere of Mark O’Halloran’s play Conversations After Sex with Thisispopbaby at the Dublin Theatre Festival, for which he was nominated for Best Director at the Irish Times Irish Theatre Awards for 2021, and the world premiere of Michael Gallen’s opera Elsewhere at the Abbey Theatre.

Tom was previously Festival Director of Cork Midsummer Festival, Theatre and Dance Curator of Kilkenny Arts Festival and Associate Director of Rough Magic Theatre Company. He is a member of the Expert Advisory Committee of Culture Ireland and the steering committee of the National Campaign for the Arts, and a board member of Theatre Forum and GAZE Film Festival. He has recently completed an MFA in Art in the Contemporary World at NCAD.

Once Off Productions is the trading name of leading Irish independent producer Maura O’Keeffe.

Established in 2004, Once Off provides a structured, supportive and creative producing platform for independent performing artists making ambitious, innovative and collaborative work. Working nationally and internationally at all scales, we are committed to bringing performance to audiences in traditional and nontraditional locations.

Once Off Productions is currently funded by the Arts Council under a new ‘Creative Production Supports’ pilot initiative allowing O’Keeffe to partner with producer Sara Cregan, Marketing Consultant Annette Nugentand Production Managers Rob Furey & Peter Jordan to extend the remit of the organisation to a wider range of artists and to provide consolidated and resourced creative production supports to the independent performing arts sector.

Once Off Productions supports and collaborates with a wide range of artists and organisations across theatre, dance, opera and music including: Janet Moran,

Lisa Nally is a producer and arts marketing associate with Once Off Productions. She has recently worked across theatre and dance with companies such as thisispopbaby, United Fall, Ulysses 2.2 and the Gate Theatre. She is the associate producer for this year’s Pan Pan Platform at Dublin Fringe and is the resident producer with LemonSoap Productions.

Grace Morgan is a Dublin based theatre maker, director and creative producer. She is co-artistic director of her company, tasteinyourmouth who have presented productions in both Dublin and London. Grace has also collaborated with companies such as Pan Pan and Dead Centre working as an assistant director. She has been the recipient of the Emerging Artist Award from Dunlaoghaire Rathdown, a Creative Ireland Mentorship award and An Arts Council Theatre Bursary. Grace holds a BA in English and Drama from Trinity College.

COFFEE SPILLS as part of SkĒNOGRAPHIA

We are delighted to announce our first COFFEE SPILLS gathering as part of SkĒNOGRAPHIA on 21st September 2022 at Irish Theatre Institute!

It will take place from 10:30am-1pm and you can come and go as you wish.
So if you only have 30 minutes to pop-in we’ll be delighted to see you there even if briefly. We will provide tea, coffee, pastries and sandwiches!

People suggested to run the meetings around a topic but that’s entirely up to you. COFFEE SPILLS is a chance for you to mingle with other designers and talk all-things-design (or whatever you want to talk about) and spill some coffee!

Please, RSVP here so we can organise the catering.

*We plan to organise these sessions around the island of Ireland in future editions. This is our first pilot project and due to many factors we could only set them up in Dublin for now.

We are thrilled to announce that we have been awarded an Arts Council Capacity Building Scheme 2022  to implement our four-year Strategic Plan, build a new website and commission a groundbreaking report on a sustainable model for props storage!

The award allows us to re-engage the services of Tríona Ní Dhuibhir. Tríona was engaged by the Society through the Capacity Building Support Scheme 2021 to work on a Strategic Plan & Implementation Plan for PQ. Her engagement in 2023/2023 will involve:

b) Roadmap for Advocacy

Aisling Mooney proposes to conduct a feasibility study on a sustainable model for prop management and storage, given the increasing demand for props for Theatre, Film, Advertising & Events. Notably, it is becoming incredibly difficult to:

The cost of storage facilities / the lack of available space means that much material goes to landfill. Besides, at the moment, props are regularly bought from abroad and shipped to Ireland, leaving a large carbon footprint. Furthermore, this often involves long delays from the UK since Brexit, sometimes not even making it to Ireland in time for the show.

Would a central managed facility meet its own costs? What are the models available elsewhere?

The study will determine the next steps to a more sustainable prop management resource for the industry in Ireland.

All this with the fantastic support of Irish Theatre Institute, that will provide in kind administrative support and guidance in best practices and standards on working conditions and resources.

Ahead of PQ 2023 & the National Exhibition, it is vital to have a bespoke website to support both exhibitions online.

Our current website is outdated & non-responsive. It was created for PQ 2019 as an online portfolio of Ireland’s exhibition but it does not fit the needs of the society any longer. 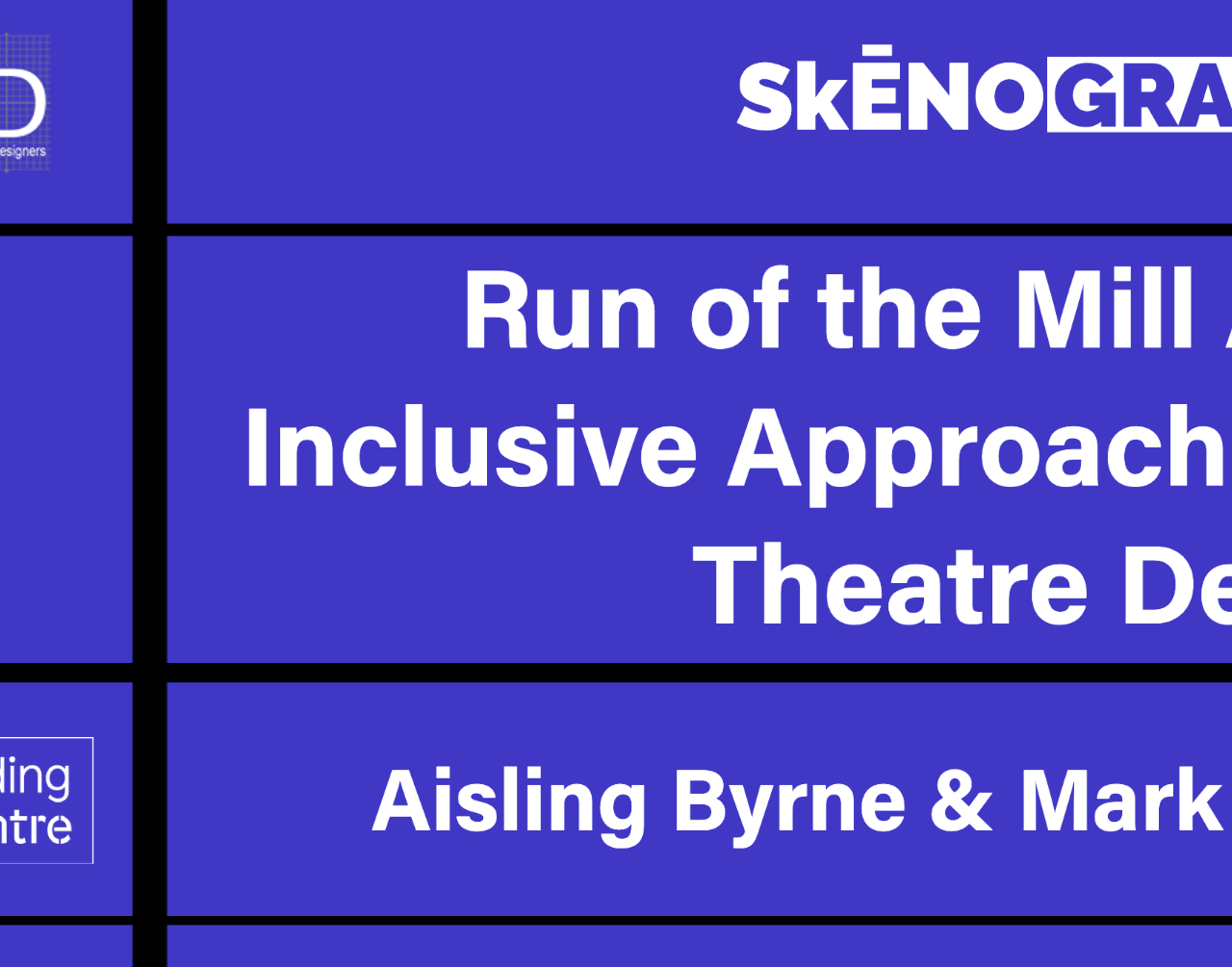 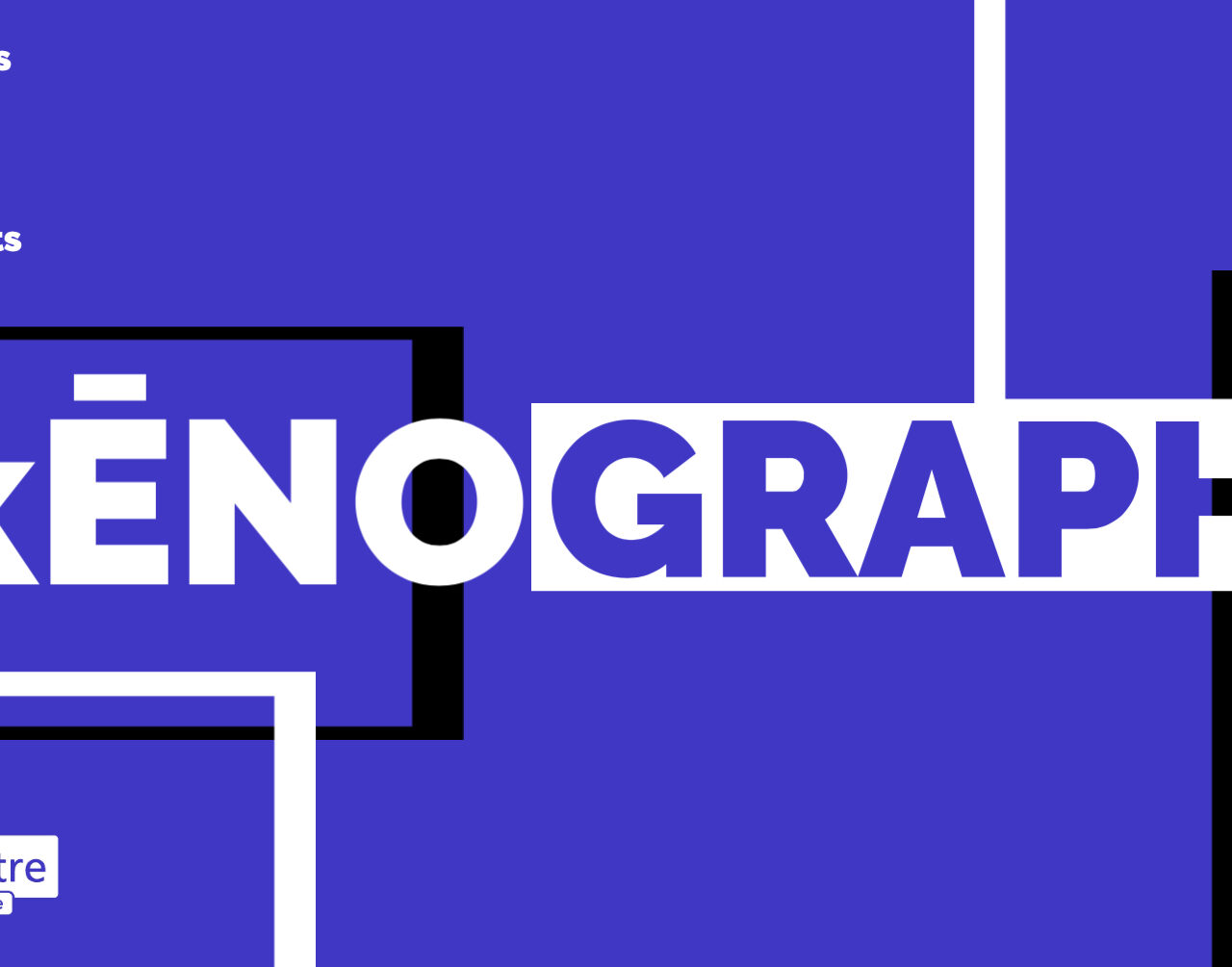 We are delighted to announce that our application for the Arts Council Theatre Resource and Development Scheme to run a second series of SkĒNOGRAPHIA has been successful! Presented in association with Project Arts Centre, these series of free online creative workshops, lectures and practical sessions will start in October 2022 and will take place on a monthly basis.

Skēnographia showcases and engages with the broad and diverse range of voices and disciplines in the world of scenography. This project marks a milestone in the growth of scenography education in Ireland, aiming to facilitate discussion, exploration and innovation as well as defining standards for visual rigour and best practices, along with the current necessities of design for performance.

It also aims to give voice to the often neglected behind-the-scenes sphere, from costume-makers to stage crew, making visible key information, new technologies and developments that are fundamental to the growth of scenography as an art form in Ireland.

The full line-up for this second series will be announced in September.

COFFEE SPILLS are really a chance for you to mingle with other designers and talk all-things-design (or whatever you want to talk about) and spill some coffee!

There will be four gatherings between September 2022 and May 2023, taking place from 10:30am to 1pm, and you can come and go as you wish.
So if you only have 30 minutes to pop-in we’ll be delighted to see you there even if briefly. We will provide tea, coffee, pastries and sandwiches!

We plan to organise these sessions around the island of Ireland in future editions. This is our first pilot project and due to many factors we could only set them up in Dublin for now. 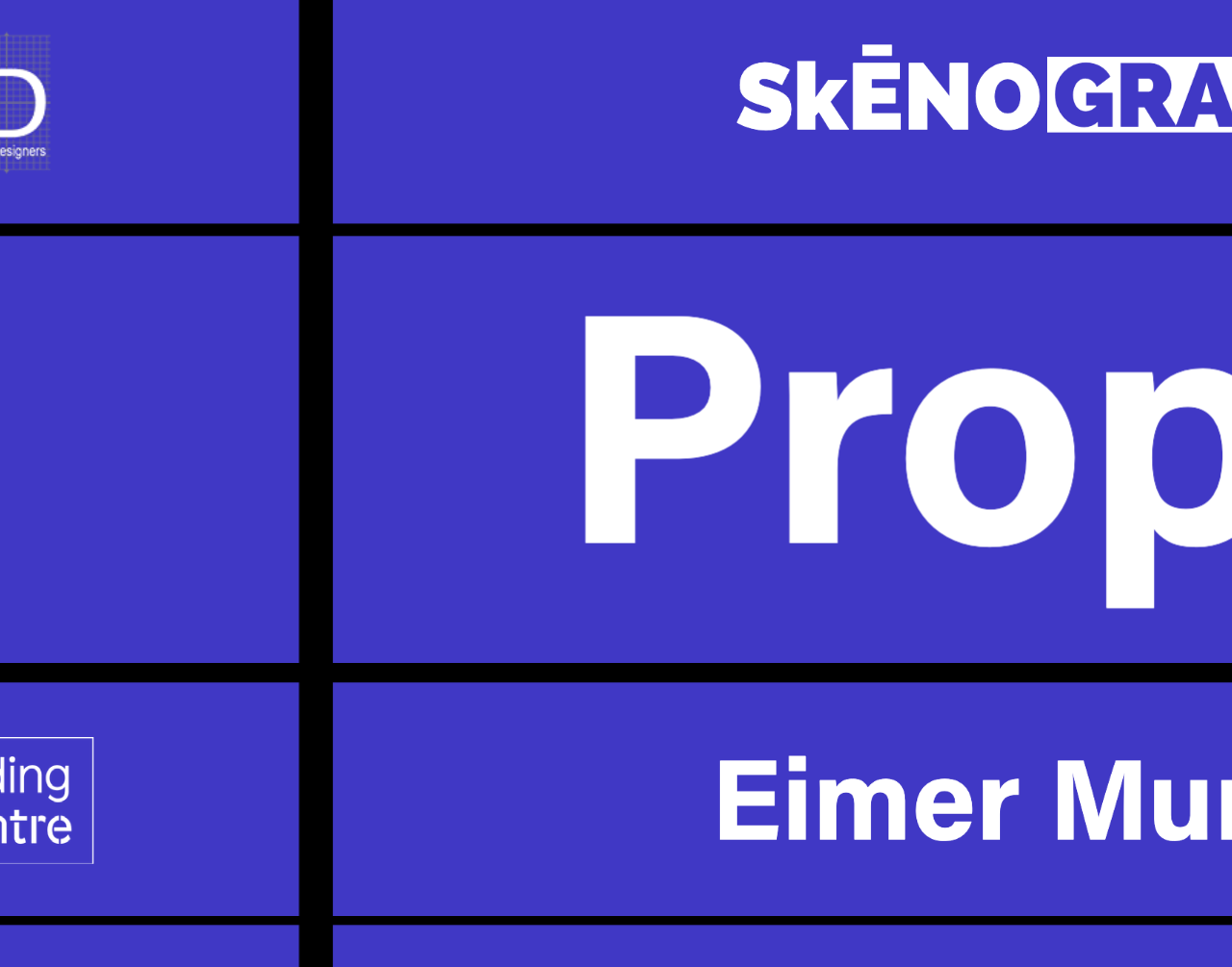 We are one of the Certifying Organisations for the Basic Income for the Arts Pilot Scheme. All our active members can show proof of membership by providing a receipt of paid membership for 2021 (invoices issued on 15th December).

If you have paid your invoice already, please, get in touch with us at communications@isssd.ie and we’ll send you a new receipt that has been approved by the Department of Tourism, Culture, Arts, Gaeltacht, Sport and Media as proof of membership.

If you have not paid your invoice yet, please, do so as soon as possible and we’ll issue a receipt within a week.

If your invoice did not reach your inbox (it would have come from the email address communications@isssd.ie) please, get in touch and we’ll send it to you again. 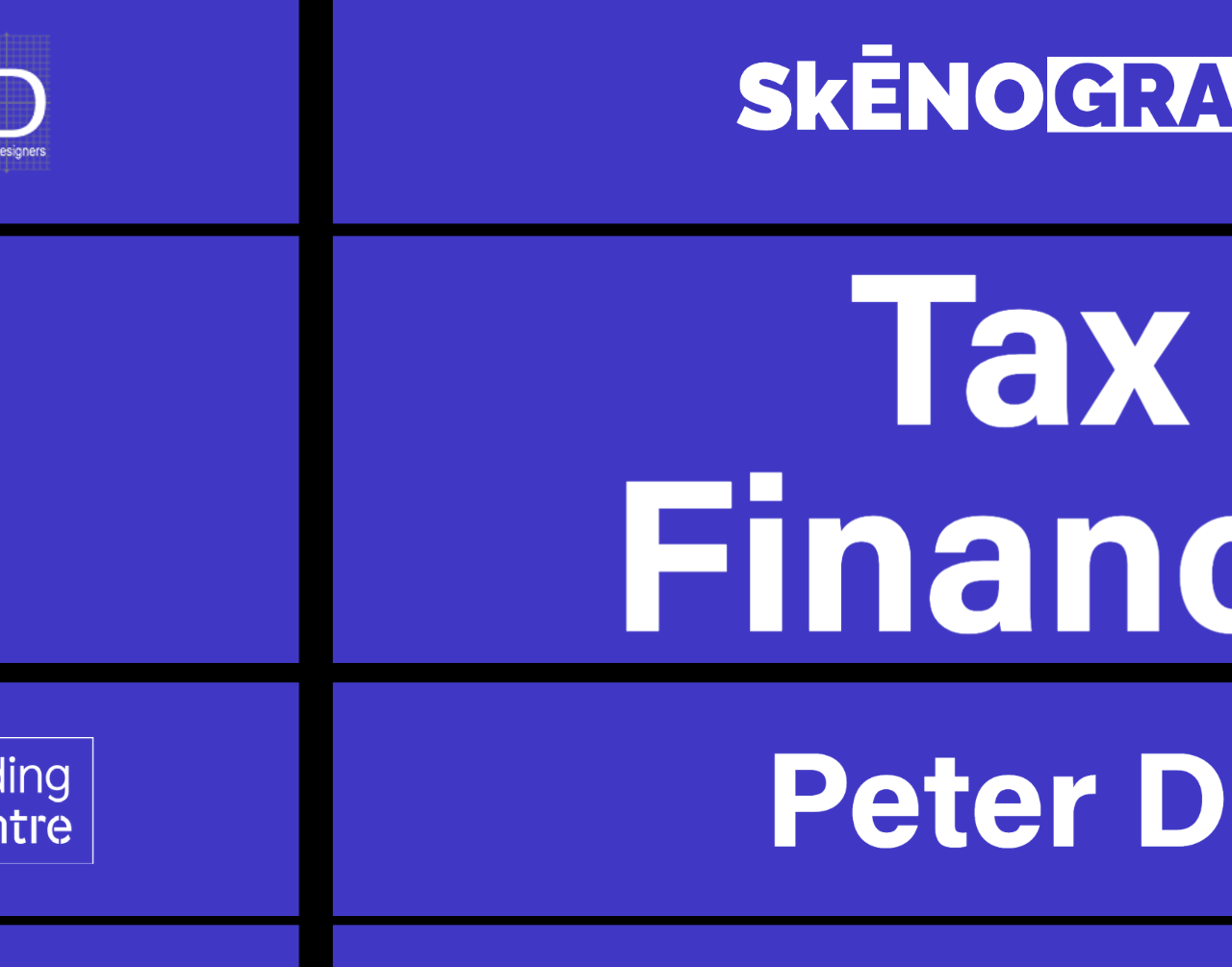